I am an Ultramarathoner! And what have I learnt?

I am an Ultramarathoner!

It’s true, I am an ultramarathoner! I know, I’m bragging here, but I can’t help it!

For the non runners amongst you, the distance was 50km, or a smidgen over 31 miles. This is the shortest of the ultramarathon distances. Technically an ultramarathon is anything longer than a marathon, so if you ran a marathon and continued for an extra 50 metres, you would have run an ultra. But to all intents and purposes, ultras start at 50km.

The time was very slow, I was last. By a long way.

It started well, very well. I was within 3 minutes of my personal best time for 10km and did a personal best for the half marathon. Emily, my eldest, was running the first part of the race as a team member, and she kept telling me I was going too fast, but I didn’t listen. I blasted the first 20km, and was still going like the wind. This was my day. I was running great. I knew I could do it. Kids, always too conservative!

I knocked off another 8km or so no problem, see Emily, I do know best! But then, approaching 30km, something weird happened. Somebody removed my legs and replaced them with tree-trunks and at the same time filled my shoes with lead.

Emily was at the aid station. “Emily, what’s happened?” I moaned. “You went out too fast,” was the unsympathetic reply. Followed by those words we all so love to hear from anyone, particularly your own kids…”I told you so!”

I struggled through the next 10km, but it was difficult. By the time I got into the last 10km I was running slower than most people walk. 2 km laps that had taken me 12 minutes in the first part of the race were now talking half an hour. It took over an hour to get through the last 4km, but by then I was not giving up. I would have crawled if I had to!

So what has running an ultra taught me?

1. Maybe running an ultra as a warm-up for your first marathon is not the best plan.

2. Listen to people (even your own kid) if they think you are going out too fast. Or at least consider it. This morning I read something that said going out too fast was like borrowing from the bank; it had to be repaid later. With interest.

4. Hagley Park at dawn is a lovely place to be.

5. Hagley Park 8 hours later may be lovely but I was too tired to notice.

7. 8 hours is a long time and you do a lot of thinking. Below is a picture of what I was thinking about for the last 4 hours of the race. 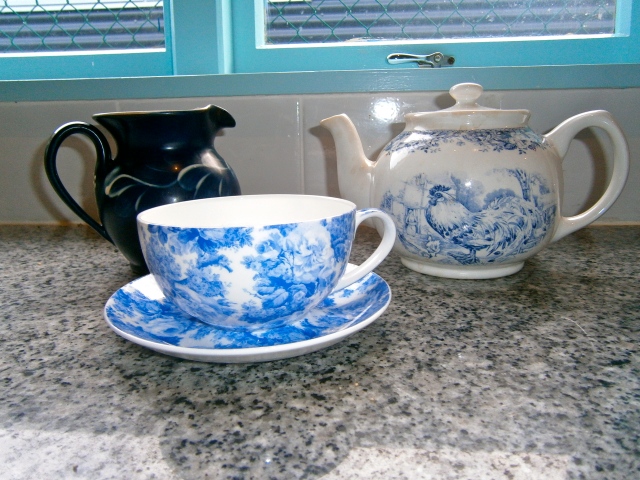 8. And yes, you get to learn a lot about yourself during that time. For me, as always, it raised questions rather than providing answers. Why do we run? How far can humans go? What drives us to push ourselves? What am I running from? What am I running to? Why am I doing this? Why don’t I just walk out of the park right now, go home, have that nice cup of tea, a shower and go to bed?

I have no answers. I don’t know why I run. I just know I need to do it. I have a fellow feeling for George Mallory. “Because it’s there” says nothing. And everything.

I run because I do.

Why do you run?

3 Responses to I am an Ultramarathoner! And what have I learnt?